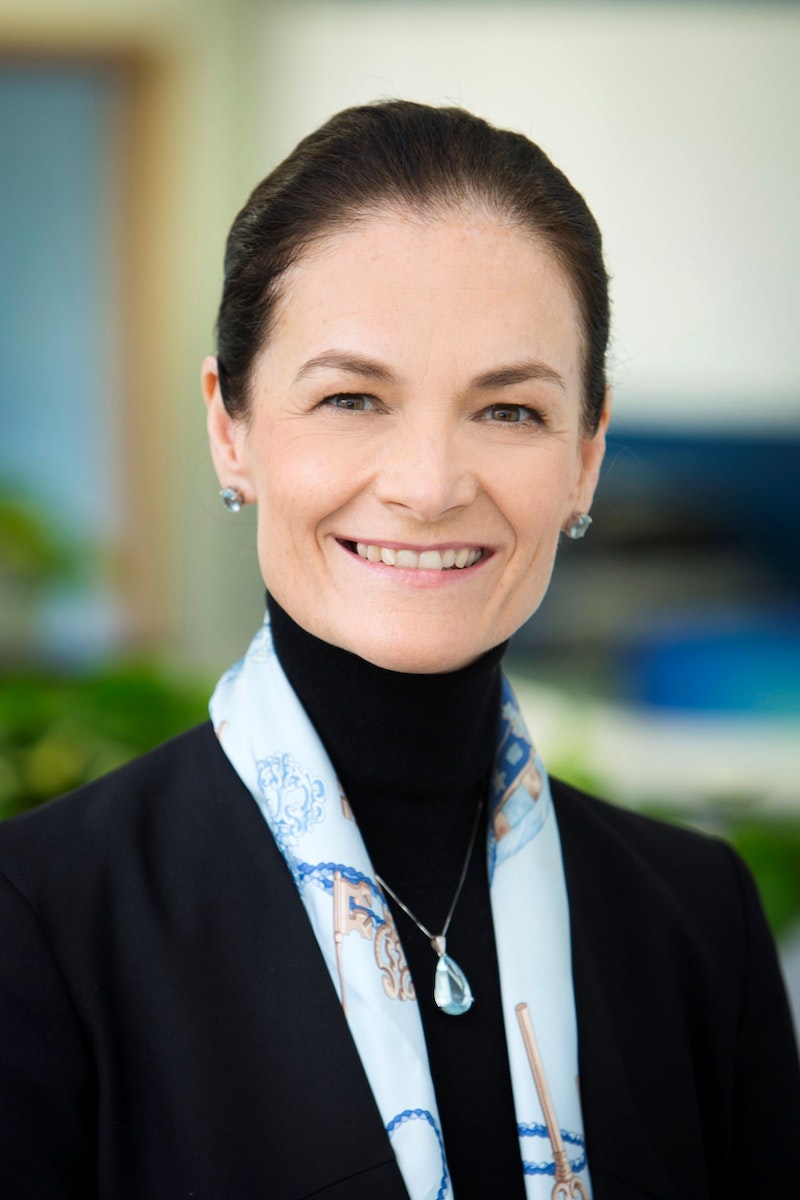 Coulter Partners recently talked about the importance of diversity, equity and inclusion in Life Sciences with Annalisa Jenkins, MBBS, FRCP. Dr. Jenkins serves as Chair and Independent Director on the boards of several Biopharma organisations and was previously President and CEO of Dimension Therapeutics.

This is the first in our series of interviews with industry leaders on D, E & I:

Coulter Partners: Over your career, what key developments have you seen that have promoted more diversity, equity and inclusion in the workplace?

Annalisa Jenkins: Within Life Sciences it’s important that my generation shares with the next, that diversity, equity and inclusion has been a battleground for at least 20 years. When I joined the military as a medic in 1985, it was a world of men and I was often the only woman, especially at sea! Early on I learned how it felt to be in a minority – and how to adapt, survive and flourish in this environment. When I transitioned to cardiovascular medicine in the NHS, I was again surrounded predominantly by males and encountered very few female role models. I thought it would be very different when I joined industry in 1997.

In the late nineties and early noughties, however, Life Sciences were led by men. There was no LGBT dialogue and almost no ethnic diversity. This was the context when I started in Big Pharma and the topic of gender diversity only began to gain momentum around 2005. There was a dawning realisation that women weren’t occupying any senior roles, even at VP level, let alone on boards or in the C-suite. I was one of very few women who advanced quickly to senior executive roles with minimal experience, because people took a risk on me. Some key visionary men realised that unless they promoted women into key roles, it would be very difficult to shift the culture – to inspire, attract and retain the next generation of women.

During my 15-year journey in Big Pharma, an important moment came when women vocalised their goal – to work in inclusive environments on an equal playing field. Male decision makers began to understand they could make a difference by advancing women according to merit. As a senior female executive, I realised it was important to have a strong voice in championing the equality agenda and to lead more hesitant female colleagues by example. To make progress, it was important to engage male colleagues. As with any change environment, it’s best to identify the stakeholders and work collaboratively with those who have decision-making power to help them understand what is needed.

At BMS and then later at Serono, I led projects to help women evolve and strengthen their voice. I set up the first Women in Science network at BMS, which came out of global R&D. We had chapters in every country worldwide and I still receive great feedback that these Women in Science programmes have helped women develop professionally and kept gender at the forefront of the corporate culture agenda.

In 2021 we no longer need to persuade anyone of the value of diversity, now we have delivered the data. Diversity leads to better teams. Especially in a sector like ours, founded on ideation and innovation, diversity is the key to unlocking competitiveness and will separate leaders from followers.

CP: What changed to make women more confident in speaking out for inclusion?

Annalisa: There was a threefold dynamic – the push, the pull and the context. That women were part of such high-profile movements was a major push. The pull came from men in senior leadership roles who understood the business need and the ethical dimension in all this. As with all disruptive changes over time, there are always early adopters and innovators. Two who stood out for me and championed the cause were Ken Frazier at Merck and Alex Gorsky at J&J.

The context is and has always been that Life Sciences is a highly competitive global industry. If you leave half of your workforce behind, how can you be globally competitive? In the US I was involved with the Center for Talent Innovation, which promotes global talent across the divides of gender, generation, geography, and culture. Publishing thought leadership and guidance on the skill sets women needed to step through the door at the right time helped them to access the professional training and leadership development to stay in the frame and grow into senior roles.

CP: How do you differentiate between Diversity and Inclusion in today’s world?

Annalisa: I see Diversity as a means to an end and Inclusion as an action to unlock value. Without inclusion, diversity doesn’t achieve its goal and is merely counting bottoms on seats. What is important is to enable diverse thinking around the table. If this is not a safe environment where each voice can be heard and every individual can contribute, we are not unlocking the value of diversity. Keeping count (rather than quotas), having transparency and reporting diversity metrics are all critical too because these hold leaders to account. We can then research fully how diversity metrics link to business outcomes, continue to evolve the agenda, and reward and recognise our teams. In turn this helps the market and investors reward and recognise companies.

Managing highly diverse teams is the biggest challenge of being a leader. Sitting in a team where everyone thinks and behaves the same is easy and there are some who clearly enjoy this sort of lazy leadership. Group think generally involves little conflict! As soon as you bring in the richness of different perspectives, ideation and styles around the table, it becomes much tougher. But to be innovative, competitive or disruptive, we need to be inclusive. At Dimension Therapeutics our hiring was based purely on meritocracy and we put in processes to allow us to mitigate unconscious bias and enable gender blind recruiting. We achieved broad representation across a diverse team and built the culture we needed to succeed.

CP: Specific to Life Sciences, why is D, E & I so important?

Annalisa: Visionary leaders know that the biggest prize to be won from D, E & I is effectiveness and resilience for their organisations. It is a core platform for any business that works in an ambiguous, risky environment on a global basis as we do in Life Sciences. If you have an inclusive, diverse culture you are much more likely to tolerate and survive the mid to long term rollercoaster that is an inevitable part of our sector journey. In biotech, more ideas fail than succeed. Ensuring a diverse and inclusive culture should be a top-three priority for any chair and board, whose focus is on governance, strategy and talent. A CEO should have D, E & I in their top two priorities, as they develop the company’s talent and culture.

It takes great dedication to set the tone from the top down, bringing in business practices and metrics to support the strategy. HR systems need to enable gender blind CV reviews and robust interview processes. Instead of relying on their own networks they should use an executive search firm that will ensure the process and outcome is much more rigorous – with a strategy that is underpinned by equality, fairness and objectivity.

Sponsors and role models are also key for D, E & I. There is still a good distance to travel and we need more male sponsors to advocate, open doors and be quietly behind the scenes. Achieving that first board position and stepping up to the C-suite is still a huge challenge for women and often we remain the only female voice in the room. We need more role models to stand up and stand out, showing it is possible to be successful on boards and women also deserve the right to chair.

CP: We have talked a lot about gender diversity – what about other areas of diversity?

Annalisa: The LGBT and other agendas are for me more about ethics and the question of authenticity. It is important that a culture should allow people to be authentic, in addition to achieving representation and mutual respect. Representation of minorities at the C-suite is the result of a journey of 20+ years and historically there were not the same professional development opportunities available to enable first steps onto an even playing field in those early days. People who made it from these groups were exceptional. Minority talent pools are inherently still smaller and the whole eco-system must invest in every area to put this right. Pipeline is key to accessing brilliant talent and making meritocracies work.

CP: What can we learn from other sectors?

Annalisa: Thriving sectors can become lazy. In the nineties pharmaceutical companies were riding high, like banks printing money, and didn’t see a need for diversity. To flex leadership muscles sometimes takes austerity and adversity. Financial services and the media have gone further than we have. In some areas, representation of women at a managerial level may well be over 50% by now but at executive director level and C-suite this drops off to around 20%. We need to prosecute the numbers carefully – torture the data till it confesses! How many commercial and P&L roles are taken by women, for instance?

Driven by ESG goals, some sectors have travelled more quickly than biotech because the pension funds and institutional owners are their investors. They are fully focused on gender and diversity as part of their ESG criteria. This is creating a significant dynamic in the market and in the public sector momentum is gathering. Investors are holding boards accountable for D, E & I through ESG, which is still gestational in biotech (though not in Big Pharma) because so much of the sector is still in private hands.

Proxies are also having an effect in the US with their diversity guidelines for boards. Glass Lewis and ISS are starting to focus more strongly on biotech, advocating to vote against non-diverse businesses and putting more pressure on boards.

CP: Chairing or sitting on so many boards yourself, are you noticing significant changes in behaviour and attitudes towards prioritising the D, E & I agenda?

Annalisa: The talent agenda and diversity implications are clearly hot topics now, although geographically dependent. It is partly a case of box ticking in the US, where quotas are legally binding. We are still five to ten years behind in the UK and Europe but accelerating. The next generation of entrepreneurs cares but my generation still finds it tough to navigate D, E & I. In China, where there is a more level playing field for women, they tap into the totality of their talent pool; Life Sciences companies will be more competitive and successful as a result.

There are some remarkable women achieving remarkable success in our industry right now and we just need more of it. The new generation of male leaders does understand the importance of D, E & I – it just takes time to build on this.

Annalisa Jenkins, MBBS, FRCP, chairs or sits on the boards of over a dozen Life Sciences organisations and was most recently appointed Non-executive Director of Genomics England. She previously served as President and CEO of Dimension Therapeutics and has held multiple leadership positions, including Executive Vice President, Head of Global Research and Development for Merck Serono, where she led global medical affairs and quality and was a member the Pharmaceutical Executive Committee.

Prior to this, Dr. Jenkins had a successful 14-year career at Bristol-Myers Squibb (BMS), attaining the role of Senior Vice President and Head of Global Medical Affairs. Dr. Jenkins graduated with a degree in Medicine from St. Bartholomew’s Hospital, University of London and subsequently trained in cardiovascular medicine in the U.K. National Health Service. Dr. Jenkins is a board member of several growing companies and a member of the Science Board to the U.S. Food & Drug Administration (FDA). She also Chairs the Court at the London School of Hygiene and Tropical Medicine.